Rate this article and enter to win
How often are you baffled by someone’s refusal to share (or even see) your point of view? As a species, humans are not terribly effective at changing other people’s minds, a frustration that all of us have likely encountered online and in person, or maybe in class. Commonly, we react to the other person’s point of view rather than listening and responding thoughtfully. As a result, we often don’t hear others—and aren’t heard ourselves. Part of this is about human brain baggage: Psychological research has revealed the subconscious biases that make us resistant to unwelcome evidence. That said, it’s not hopeless. The following techniques can help us communicate more effectively—strengthening our relationships, reducing our stress, and setting us up for the Nobel Peace Prize (or at least a good grade for class participation).

1. Decide whether it’s worth the effort

Not every annoyance is worth a fight, according to Jonathan Herring and Leigh Thompson in Learn the Art of Logic and Persuasion (FT Press, 2013). If you argue about everything that bothers you, “you’re going to end up stressed out, frustrated, and damaging your relationship,” they write. Be selective with your arguing energies. If an issue is causing you emotional distress, that’s a clue that it may be worthwhile to talk it through.

Instead of telling the person that you want to talk, ask if now (or later, or tomorrow) would be a good time. “When you ask someone if they want to talk, it makes them feel like you’re being considerate of them,” says Tracy Hornig, director of mediation at the Center for Resolutions, a nonprofit providing dispute resolution services in Pennsylvania.

3. Jot down your points

Write a letter to the person or notes for yourself. This can help you work out what to say and think about how it may come across. Realizing what not to say is useful too. For example, it’s OK to talk about the impact of abolishing taxes or outlawing guns, but don’t make assumptions about the other person’s intention—we commonly get this wrong.

Decide beforehand that if you start to feel out of control, you’ll take time out. “One thing people do in conflict is react,” says Hornig. “When things are getting heated, the ability to get grounded is key.” Try listening to music, watching some funny videos, or talking with a supportive friend.

It’s OK if you don’t manage to change someone’s mind. Humans are quirky creatures, and our quirks include a resistance to evidence that seems to threaten our own worldviews. “When your deepest convictions are challenged by contradictory evidence, your beliefs get stronger,” blogged David McRaney, author of You Are Not So Smart (Gotham, 2011)—a phenomenon known as the “backfire effect.” It’s OK to disengage from an argument and reconvene later (or not). Often, your time and energies can be used more productively elsewhere.

2. See what you can learn from it

Think about your experience through the lens of the five steps outlined in this article. We can all benefit from becoming better listeners, finding common ground, and seeing positive elements in positions that don’t work for us overall. We can gain a better sense of where someone is coming from without having to agree with their conclusions. Sometimes, we won’t see eye-to-eye no matter how hard we try, and it’s OK to agree to disagree. This isn’t necessarily about giving ground. These are skills that can help us personally and professionally throughout our lives. Arguments aren’t going away—we’ll all get plenty of opportunities to practice.

3. Use mechanisms for preventing future feuds

If your argument is with the people in your life, look for solutions that can satisfy all parties. For example, if you’re arguing with roommates over who should do the chores, you might not agree on whose turn it is, but you can probably all agree that the house should be kept clean—so suggest that you create a chore schedule to assign tasks and avoid future conflict. For a roommate agreement template, see Get help or find out more.

Statements that start with “I feel” or “I think” will help you avoid giving the impression that you’re blaming or accusing. “It’s hard for someone to tell you that what you’re feeling or what you think is wrong,” says Hornig. “After saying how you feel, explain why you feel that way.”

2. Pay attention to your language and tone

“Think about the words you’re choosing and how you’re responding, because it will affect how they respond,” says Hornig. Considered, thoughtful responses are more effective than quips, according to a 2016 study by researchers at Cornell University. Avoid insults and blameworthy phrases like, “You’re wrong” or “Just calm down.” (Probably no one in history has ever calmed down because they were told to.) This is where those “I” statements come in handy.

This can be hard to resist. But quoting the other person comes across as nitpicky. It can also be unfair, because we all use language casually sometimes. After all, these are conversations and comment threads, not legal briefings. If you’re homing in on their wording, you’re unlikely to influence their opinion, according to the 2016 Cornell study.

4. Address points that the other person didn’t

Say the other person isn’t impressed by the concept that same-sex marriage is about equal rights. Try talking instead about love and family. This strategy worked effectively for LGBTQ campaigners. In the 2016 Cornell study, online arguments were relatively effective when their points and themes were different from those of the original poster.

5. Use real-life examples and anecdotes

Abstract concepts, such as “justice” or “racism,” are less compelling than real-life examples, according to research. Similarly, we tend to find personal stories more affecting than statistics—although statistics can help show that the stories we’re telling aren’t unusual.

Arguments are more persuasive when they’re coming from a group, according to the 2016 study. That said, don’t make the other person feel targeted. Social dynamics are as relevant online as they are face-to-face. “There are lots of social group formation, hierarchies, and dynamic structures that can have considerable effects on how things move and evolve both online and consequently in the off-line world,” Dr. Taha Yasseri, a researcher at the Oxford Internet Institute in the UK, told the Washington Post.

1. Let the other person make their point

Really pay attention to what the other person is saying or writing. Let them finish their thoughts. “Active listening” includes concentrating on (and understanding) the other person’s position, instead of making assumptions about their intention and thinking about what you’ll say next. When it’s your turn to talk or comment, ask them to do the same.

“What I heard you say was….” Aim to be clear, vivid, and fair. Ideally, the other person will wish they’d put it that way. This time-honored advice came from the late social psychologist Anatol Rapoport and was among his key rules for constructive arguing. Rapoport’s rules are the best way to avoid caricaturing and mocking your opponent, says the philosopher Daniel Dennett.

3. Mention any points of agreement

The other person will be more receptive if they know you recognize where your perspectives overlap, especially on points that don’t already have widespread acceptance. For example, we can all agree that life is fairer when everyone is able to reach their potential. What’s harder is agreeing on the best ways to make that happen. If you and the other person are in sync on parts of this, point that out.

4. Acknowledge what you have learned from your opponent

We can learn from each other even when we’re not in full agreement. Again, this is about demonstrating that you’ve considered their points and are approaching this in good faith. This approach makes your opponent more receptive to your dissent, as Dennett points out in Intuition Pumps and Other Tools for Public Thinking (Norton, 2013).

5. Then give your response

Only now should you venture into rebuttal, disagreement, or criticism. And yes, how you handle this matters. Some strategies may be familiar to you—others likely won’t.

Get help or find out more

6 ways to win any argument or at least end it: Psychology Today

How to be an active listener: Psych Central

Dewey, C. (2016, February 11). How to win a Facebook argument, according to science. Washington Post. Retrieved from https://www.washingtonpost.com/news/the-intersect/wp/2016/02/11/how-to-win-a-facebook-argument-according-to-science/?utm_term=.1e47ee6f9eb5

Gallo, A. (2014, June 16). Choose the right words in an argument. Harvard Business Review. Retrieved from https://hbr.org/2014/06/choose-the-right-words-in-an-argument

Popova, M. (2014, March 28). How to criticize with kindness: Philosopher Daniel Dennett on the four steps to arguing intelligently. BrainPickings. Retrieved from https://www.brainpickings.org/2014/03/28/daniel-dennett-rapoport-rules-criticism/ 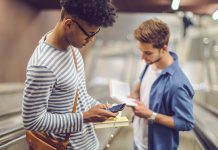 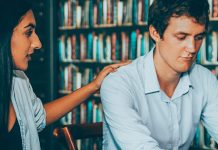 9 ways to support a friend in an abusive relationship 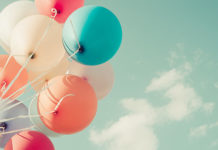 Float on: Learn how this meditation technique can help your stress level